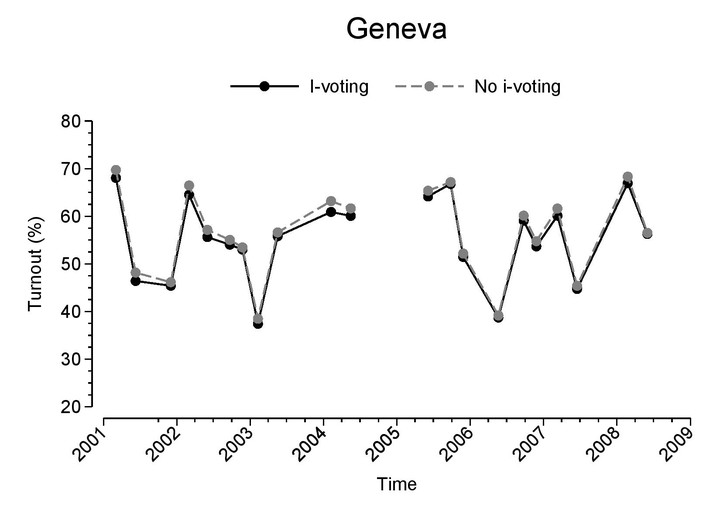 Internet voting (i-voting) is often discussed as a potential remedy against declining turnout rates. This paper presents new evidence on the causal effect of i-voting on turnout, drawing on trials conducted in two Swiss cantons: Geneva and Zurich. Both Geneva and Zurich constitute hard cases for i-voting, given that i-voting was introduced in the presence of postal voting. However, this setting allows us to test some of the more optimistic claims regarding i-voting’s ability to increase turnout. Empirically, we exploit the advantageous circumstance that federal legislation created a situation coming close to a natural experiment, with some of Geneva’s and Zurich’s municipalities participating in i-voting trials and others not. Using difference-in-differences estimation, we find that i-voting did not increase turnout in the cantons of Geneva and Zurich.