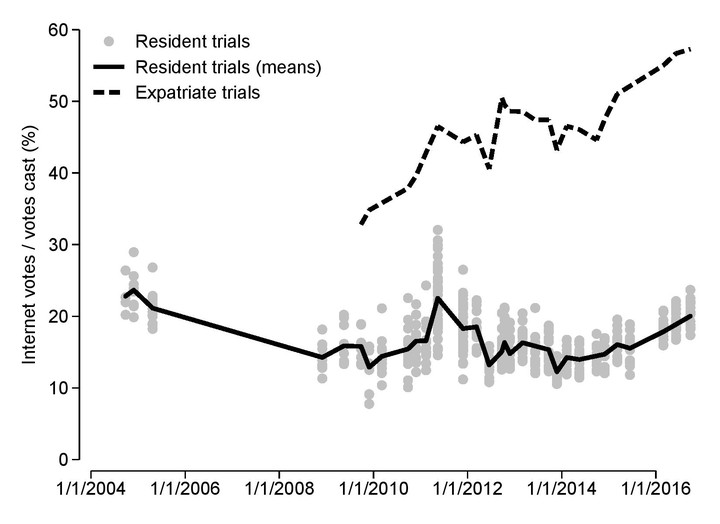 This paper reassesses the claim that electronic voting systems help voters to avoid common mistakes that lead to their votes remaining uncounted. While prior studies have come to mixed conclusions, I provide new, more robust evidence based on a case study of extended Internet voting trials in Geneva canton, Switzerland. The trials almost exclusively involved referendum votes. For causal identification I exploit the unique circumstance that federal safety legislation created a near-natural experiment, with some of the canton’s municipalities participating in the trials and others not. Using difference-in-differences estimation, I find that the residual vote rate decreased by an average of 0.3 percentage points if municipalities offered the possibility to vote online in addition to (mostly optically scanned) paper ballots. For cantonal measures, which are located towards the bottom of ballot papers in Geneva, the reduction increases to 0.5 percentage points. These remain relatively modest effects, and I find no evidence for a knock-on effect on electoral outcomes. However, on average only around 20% of votes were cast online where the opportunity existed, and online voting was most popular among voters with high levels of education. Despite the small effect sizes, the results of this study therefore point to the potential of Internet and, more generally, electronic voting technology to reduce avoidable voter mistakes.